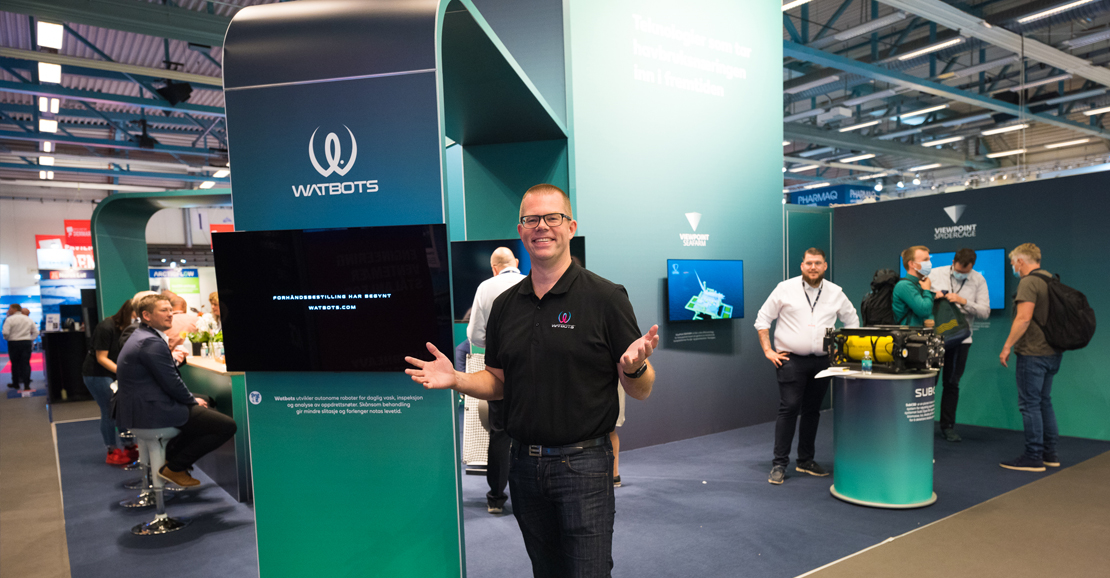 Robot concept launched at Aqua Nor – pre-orders are piling up

Lots of agreements are made during this year’s fair! Among other things, the start-up company Watbots has experienced this after they launched their innovative robot concept for removing algae growth on the net. During the first two days of the exhibition, they received as many as 45 pre-orders from their test customers – a milestone, according to the general manager of Watbots.

Lots of agreements are made during this year’s fair! Among other things, the start-up company Watbots has experienced this after they launched their innovative robot concept for removing algae gr

— We met the general manager of Watbots, Håvard Lillebo, at their stand in exhibition hall D. He talks enthusiastically about the massive response to the concept.We have deliberately waited until Aqua Nor to launch the concept for the industry. The response has been extremely good, and there is a very low risk associated with pre-ordering. It costs a thousand NOK in order fees per robot, and we think many more will sign up before the fair is over.

The robot consists of two parts – one on each side of the net wall – which are held together by powerful magnets. In addition to going over the net daily and keeping it algae-free, it scans the net for holes and damage.

— The robot is still being developed in collaboration with our test customers. Among other things, we use machine learning to make the robot really smart and we test it in the cages of three of our customers, says Lillebo.

More comprehensive launch at the next Aqua Nor

Everyone who has signed up for pre-orders will receive VIP status at Watbots. It involves a hand on the wheel in product development, close follow-up and continuous information on how the development is progressing.

— We are very proud to have customers who line up before the full launch. The robot will be put into operation next year, and in 2023 we will return to Aqua Nor for a full launch, Lillebo concludes.